One of the most identifiable nebulae in the sky, the Horsehead Nebula in Orion, is part of a large, dark, molecular cloud. Also known as Barnard 33, the unusual shape was first discovered on a photographic plate in the late 1800s. The red glow originates from hydrogen gas predominantly behind the nebula, ionized by the nearby bright star Sigma Orionis. The darkness of the Horsehead is caused mostly by thick dust, although the lower part of the Horsehead’s neck casts a shadow to the left. Streams of gas leaving the nebula are funneled by a strong magnetic field. Bright spots in the Horsehead Nebula’s base are young stars just in the process of forming. Light takes about 1,500 years to reach us from the Horsehead Nebula.

What lights up the Flame Nebula? Fifteen hundred light years away towards the constellation of Orion lies a nebula which, from its glow and dark dust lanes, appears, on the left, like a billowing fire. But fire, the rapid acquisition of oxygen, is not what makes this Flame glow. Rather the bright star Alnitak, the easternmost star in the Belt of Orion visible just to the right of the nebula, shines energetic light into the Flame that knocks electrons away from the great clouds of hydrogen gas that reside there. Much of the glow results when the electrons and ionized hydrogen recombine. The above false-color picture of the Flame Nebula (NGC 2024) was taken is a composite of both visible and infrared light, the later energy band being where a young star cluster becomes visible. The Flame Nebula is part of the Orion Molecular Cloud Complex, a star-forming region that includes the famous Horsehead Nebula. 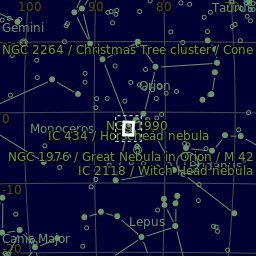 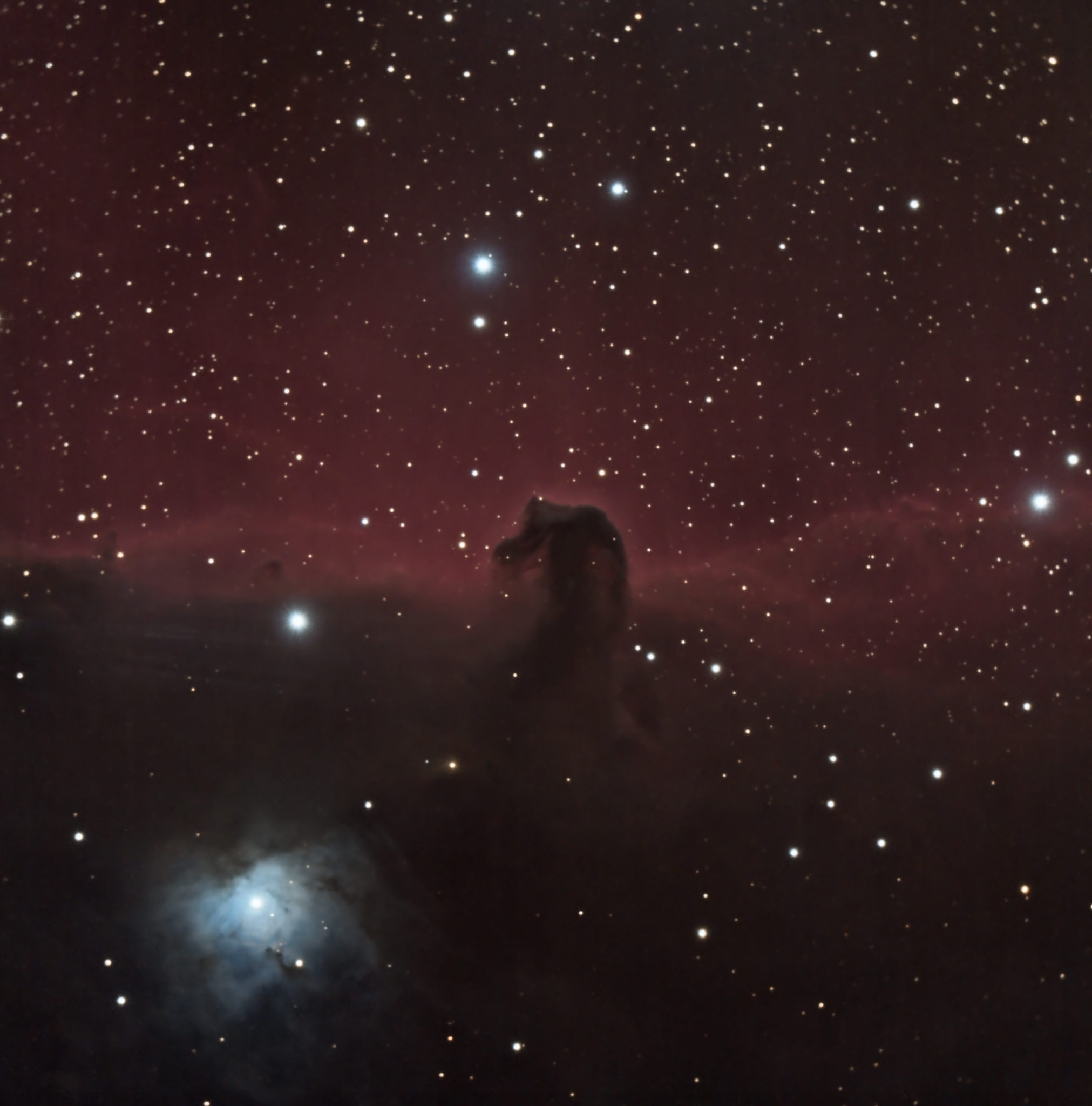